Why isn't there anything on the multiplayer mode? returning or not, it should be mentioned and named. I came here trying to find the name of the mode that takes place on the tower and you have to win 3, 5 or 7 minigames to win. This should be rectified as soon as possible please.
The preceding unsigned comment was added by 153.107.33.157 (talk).

I checked through a list of cheat codes on my Action Replay a few days ago, and I found a cheat code for the DK Capsule. Is this worth adding to the page? SuperZtar (talk) 15:28, 4 May 2014 (EDT)

Does it actually work? Cheat codes can do almost anything to a game (like custom brstm for Mario Party 9, aka custom music), so maybe try it out and see what happens.

These are the descriptions for both the DK capsule and the VS capsule, respectively.

DK capsule: Doesn't appear as a capsule and is only active in the opening and space events.

VS capsule: Doesn't appear as a capsule and is only active in the Story Mode and space events.

They both shared the same model as the Miracle capsule, and when I tried to use either of them, the game asked me if I wanted to throw it away. Could these two capsules be beta elements that Hudson wanted to have in the game but had to cut them and left them in the games data? Metal Boo (talk) 10:01, 20 June 2014 (EDT)

Interesting. But why is there programming related to this item? I'd expect the item to not work, but having the game to prompt something indicates that it is something left in the game. I'm going to mention it in the appropriate beta elements section. Also, can you clarify what "opening and space events" mean? Meanwhile, can you obtain an image for it? Thanks. 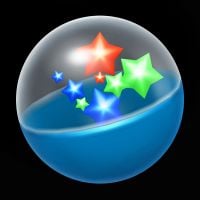 They both shared this model. As for the opening event, I assume that the DK Capsule would be thrown to create a DK Space at the beginning of a board, like what happens with the three Koopa Kid Orbs in Mario Party 7. As for space events, it could either be that more DK Capsules could be obtained from the Capsule Dispensers, like the Bowser Capsule could be or that DK would throw one when someone landed on his space, but neither Bowser or DK do something like this in the final game, although it might have been a possible event that both of them did with their respective capsules in the beta version. The VS Capsule, obviously would be exclusive to Story Mode because having it in Party Mode would make the Duel Capsule a bit irrelevant in my opinion, and that it could be obtained from the dispensers in Story Mode. Thats all I can come up with though. Metal Boo (talk) 15:33, 29 June 2014 (EDT)

Okay, it should be added, though. Just as most pre-release elements, if something is in, but can't be obtained without hacking, it's most likely something that retained from earlier versions.