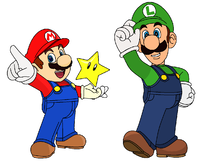 My own illustration of Mario and Luigi in Mario Party 9.

I am basically a huge Mario fan, mainly now a Nintendo fan. Now, you may think of me as a "Mario" fan, but really and true, I'm a Luigi fan.

The main person/series of Nintendo I root for is the Mario series, however I choose Luigi over Mario. Why? Because...

My Thoughts on Mario Wikipedia

Basically, Mario Wiki is a fan-made Mario website all about the Mario series. This is a website not owned by Nintendo and it's AWESOME! The wbesite contains news updates about Mario games, announcments, and concept art/box art. Also, this website has information on games, characters, places, items, and special moves used in games. The link for the Main Page is Mario Wiki 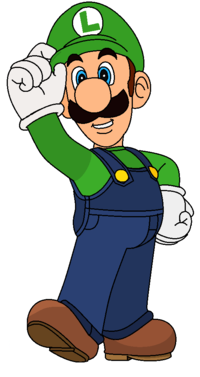 My own illustration of Luigi in his appearence in Mario Party 9. 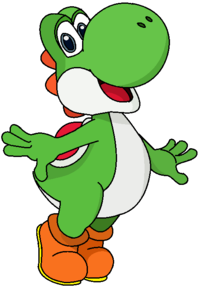 My own illustration of Yoshi.

The History of Mario

The history of the well-known plumber starts back all the way at exactly 1983. Mario was in his first game entitled Super Mario Bros..