Hey guys, I have to say it was fun directing the Music & Artwork (Art & Music) team for the past few months. However, I will no longer direct it since I am going to direct the Pipe Plaza, which is now being combined into The 'Shroom. If anybody would like to know, YellowYoshi127 will codirect with P. Trainer, who is now known as Paper Pikachu. Please send it to them in future issues on the forum, it is the only way to contact them. Anyway, I wish luck to all future members of the Music & Artwork staff, and especially to the two co-directors. Wink Joseph had technical difficulties, so his section was late.

Character Artwork of the Month (YellowYoshi127) 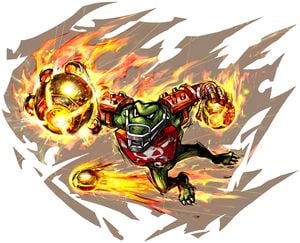 This is the best Strikers artwork ever most probably, you can really see the hard work in the drawing. Even though not many people know Kritter, they sure do now with this artwork. They look at this and think; Kritter=EPIC. I actually don't like Kritter, but I love this artwork.

Random Image of the Month (Booman) 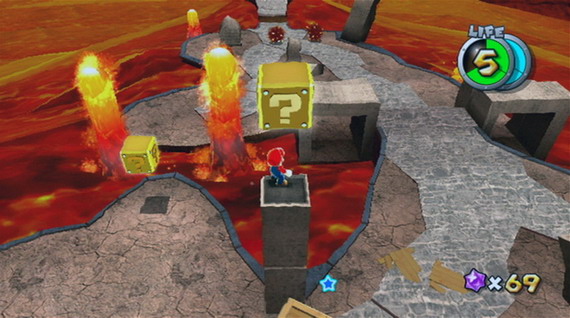 Screenshot of the Month (Clyde1998) First of all, I would like to apologize for the absence of my section last issue. There was a family tragedy, and I had to go offline for a while. I appreciate the support of those who know already.

However, back on topic, continuing the Paper Mario theme, I chose the theme for the epic battle against Doopliss [1], from Paper Mario: The Thousand Year Door. Not only is this music suiting to the battle, but I personally quite enjoy how the composers put in the bell, a reference to the curse that was put on it.

Sprite of the Month (Fire Kirby)