From the Super Mario Wiki, the Mario encyclopedia
< The 'Shroom:Issue XVIII
Jump to navigationJump to search

1. It was for a handheld system

2. Stafy and Kirby had a cameo in it.

3. Shellcreepers made a cameo in a boss battle.

4. The Koopalings were in it.

5. Almost all the story didn't take place in the Mushroom Kingdom

6. The game was realeased sometime around Super Smash Bros. Melee was released. 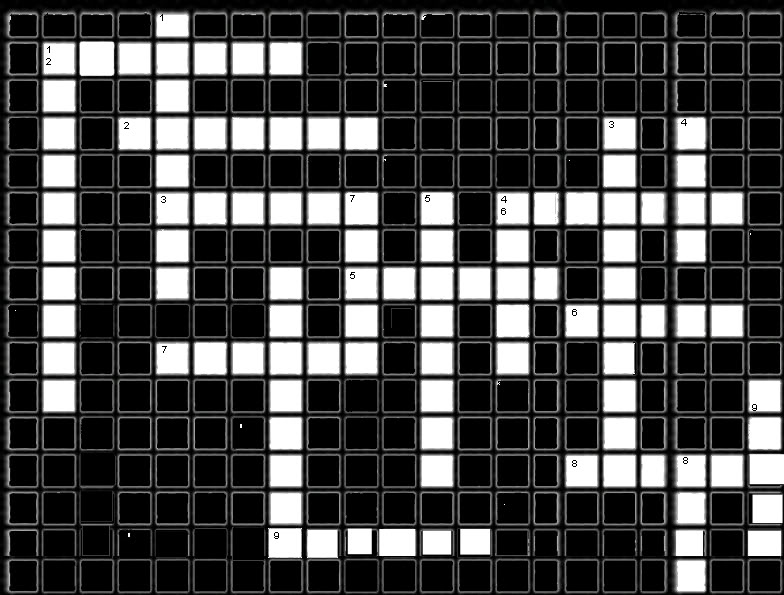 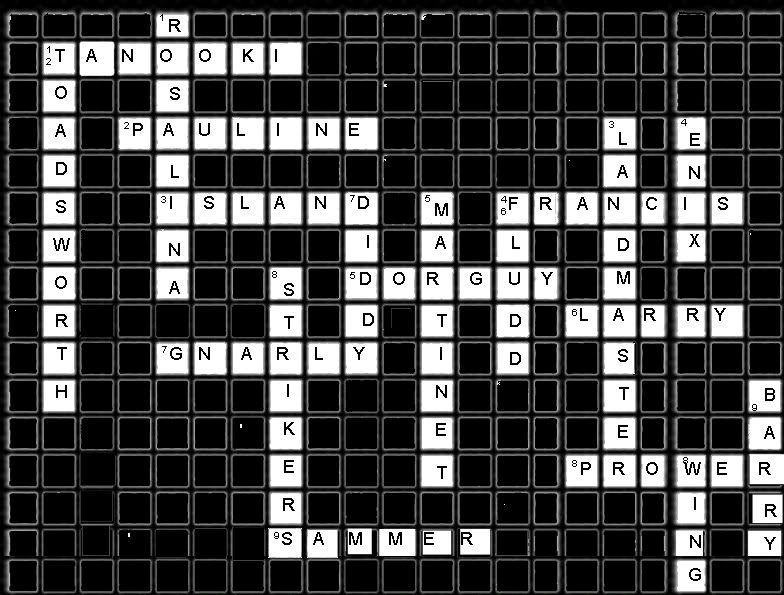 In this game, you have to find from which image those little snippets come from.

1.In Super Mario 64, Which two caps have the same music played when worn?

2.What color is the sunglass dealing Pinta in Super Mario Sunshine?

3.How many/Name the types of fruites in Super Mario Sunshine?

4.What is the name of Mario's first go-kart in Mario Kart DS?

5.What is Luigi's attack that he uses along side Mario's firebrand?

6.What color is the mini Mushroom in New Super Mario Bros.? (mushroom and spots)

8.How many levels in Super Mario 64 (including secrete levels) are not accessed via paintings?

9.Who has the fastest speed in Super Mario Bros. 2 (American).

10.Which is the first level in Super Mario Bros. that is underwater?

The answer are <showhide>__HIDER__<hide> 1.Vanish Cap and Wing Cap. 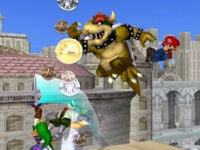 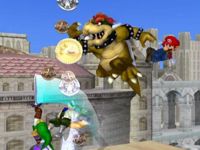 The answers are on this <showhide>__HIDER__<hide>