Hello, hello... Welcome all! SMB here, with the Director's Notes for the third issue of my term. In my notes this time, I will address several things that have happened, what is happening, and what is to come within the next month.

I would like to first apologize about the lateness of the {{Shroomwarning}}. Within the past month, I have been extremely busy and, at a few points, was out of town and not able to contact the staff. Due to my tardiness, I allowed a little pocket of time (four days) after the original due date in which sections that were sent in would be considered "partially excused". What this means is that sections sent in after the due date, but before Thursday, would not be held against the writer in terms of being fired, but that they would not be able to receive the Section of the Month honor. The reason for this being: every writer should have something prepared to send in to 2257 by, at latest, one week before the date that the issue will be released. The warnings are simply to remind our writers what day is the latest day that they can submit their sections and have it considered on time. If warnings are not sent out, it is still the responsibility of the writer to submit their section on time. I only felt it was fair to create an exception this time due to the fact that I did not make this clear before.

I suppose I will now address Section of the Month: discussion amongst the Core Staff is to begin immediately. To go into how Sections of the Month will be selected, I will let you know that individual sections from the main sections and from the sub teams can all qualify for the title. There is a period of time that the staff considers which section should receive the title and makes a final decision, and then the director of the team which the section is under will write a section (entitled "Section of the Month") outlining why the section was given the title and to congratulate the individual that wrote the honored section. Other sections that got a good deal of consideration will also be listed as "Honorable Sections". Sections that qualify for the two titles are sections that are on time and that are of outstanding quality (subjective to the Core Staff). If there are no outstanding sections that were on time, then there will simply be no section that gets the title.

And there is really no news on the situation regarding affiliates besides the fact that Marioguy1 (talk) made an affiliate button for us. I had planned to go out and start negotiating with several of the websites and projects that the Core Staff saw suitable as affiliates, but due to the time constraints I mentioned above, I was not able to do so in time for the April issue. This will certainly not be the case next month: I will be back with news on the topic.

As for the Awards, not much has been discussed about 'Shroom Awards II yet. I plan on bringing up the staff's suggestions to the Awards Committee when the meeting about the ceremony for our newspaper is discussed. As for announcements about the Anniversary, a new section has been made in the Pipe Plaza entitled "Anniversary Announcements", which will run in the Pipe Plaza for the next few months starting in Issue L. The writer of the section is Ralphfan (talk), the Director of the Awards himself, so you will be sure to have the latest news about the process brought to you.

Planning for Issue L has begun, and several things that have been set in stone are: the introduction of the Section of the Month to The 'Shroom, the Feedback Survey, a chat party on the day of the release, and 'Shroom Mafia II. I also plan on having Special Guest Writers, although who will exactly be invited to do so will be discussed by the Core Staff. I have already outlined how Section of the Month will go down, so let me explain a bit of the Feedback Survey, the chat party, and the mafia game. The Feedback Survey, for those who do not know, will pretty much just contain questions about the quality of the paper, about individual main sections, about the sub-teams, and about how to improve the paper. The survey will begin on the release day of Issue L, and end on the release day of Issue LI. After that, we will evaluate the results of the survey and try to apply it to the paper so that we can improve and adjust it to suit the requests of the readers. As for the chat party, it will be divided in to two halves that are back-to-back: pre-release and post-release. The pre-release half will run for an hour, and the post-release for another. The exact time has not been determined yet: once the exact time has been determined, I will go ahead and announce it on the Main Page. Logs of the event will be taken and posted up in the public 'Shroom board afterward. 'Shroom Mafia II will be hosted by the revered Tucayo (talk) in The 'Shroom board on the forum as well. The date that sign-ups open and when the game will start is to be announced.

So that is about all I have to say for this month. Despite all of the setbacks I had in regards to being around for the past month, the Core Staff and the writers have made me satisfied with this month's issue. Good job, everyone! I will be sure to see you on May 21st, 2011, a day which will go down in 'Shroom history. 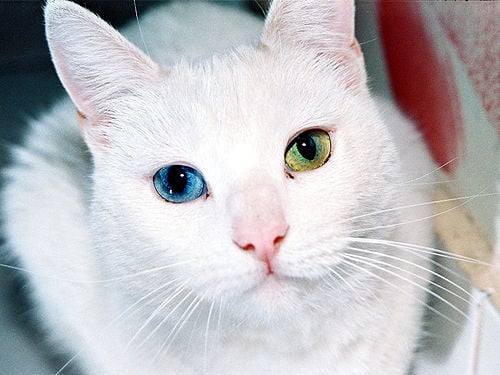