Hiya. Nothing really new this time around, though I'd like to give a quick congratulations to both FunkyK98 and Fawfulfury65, as Screenshot of the Month and Sprite of the Month are Music and Artwork's Section of the Month(s). 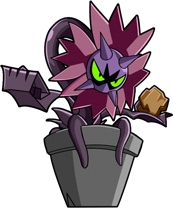 The day of your doom has come into bloom...

This month's artwork slot goes to the deadly Bloomsday (Scumflower for PAL users(the one time I will prefer the non-PAL name)). The great hand-drawn art style was used throughout Wario Land: Shake It!.

Hello, everyone, and welcome to the September issue of Random Image of the Month!!

Said minigame appears in all red Toad Houses from NSMBWii; it takes place in a room with a grid containing eighteen panels decorated with question marks. Each panel has an image of an item, Bowser or Bowser Jr. on its back side, and players must take turns climbing the grid and punching panels, thus revealing the image on the back. The game is over when two Bowser images or two Bowser Jr. images are revealed, or when all item panels are hit. Players receive one item for every pair of identical panels with revealed faces. 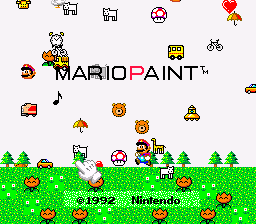 This week the Music Factoids is about well known gamer-made original compositions. These allowed creative gamers to shine and gave many young musicians their start. God bless the game, and enjoy some of these well-known fan-made tracks. Someone even composed the Wario Land 3 theme, which was prominently featured in Mario Power Tennis. To this day, the credits theme from that game still moves me, which you you listen to here as well; also uploaded by a Mario Painter. [[1]] [[2]] [[3]] [[4]] [[5]] That last one will make you want to break out the ol' Gamecube and play Mario Sunshine. Correct me if I'm wrong.

This month, for y'all, I have this sprite of a Calm Hammer Bro. from Super Princess Peach:

After a long summer, I think most of us are feeling the need to sleep more as we are roused out of bed MUCH too early to go to school/work/court hearings/etc. Hopefully, we can find time to sleep somewhere other than Calculus...