And now for the sections. 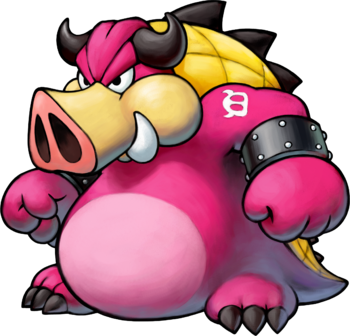 If you're broken, start dancing because this month's is mid-boss Midbus the master of Engrish speeches and snacking of spikes himself. But this is just one piece of great artwork from a game in a series full of such artwork!

Hello readers, and welcome to this month's issue of Random Image of the Month!!

The Random Image of August comes from one of the most popular Star Fox games, Star Fox 64 Nintendo fighting games, Super Smash Bros. Brawl. It depicts a special easter egg featured in two Star Fox stages, the one shown in the image being Lylat Cruise. That easter egg consists of a conversation between characters from the Star Fox series, which include, aside from Fox, Falco and Wolf, characters such as Peppy Hare (shown in the image) or Slippy Toad.

http://www.youtube.com/watch?v=2KBcS_KhMLY Mario Party Shop it only takes about 38 seconds for the tune to run fully before it's reprise. As a Youtube commentator commented, "Nostalgia much? :P"

http://www.youtube.com/watch?v=a5W_6K699L8 Inside Fawful's Bean 'n' Badge in "Partners in Time", the melody for the shop was a variation on the classic Underground Theme, much like the overworld around it.

http://www.youtube.com/watch?v=cuZUWVkkjxk Who can forget the unforgettable Item Shop tune in "Wario Land 4"? Not me. And probably not you. 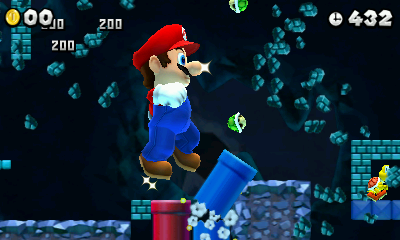 Well, that's all for this month. Don't forget to tune in next month for another Screenshot of the Month!

Soundtrack of the Month (Soniccity08 (talk))

This month I bring you a favorite. Some of you new gamers are most likely not going to know this song. The old gamers will. Do you remember back years ago when Mario stared in that awesome RPG? The game was called Super Mario RPG. Listen to the music and I will tell you more.

Yep, it’s the Forest Theme! Who could ask for more in this song? It has a good catchy chorus and a good ending. Next month I will do a newer song that everybody knows. So bye for now!

For this month's Sprite of the Month, here is a Hand Fake from Mario & Luigi: Partners in Time:

! Who wouldn't want to beat up a piece of cardboard shaped like Bowser to get to the cowardly hand under it? Is it wearing gloves or is it coming out of a manhole, with that dark round base it's got? We may never know.