by Stooben Rooben (talk)
Warning – This page contains harsh language. If you are offended by such materials, turn back now while you still can.

Oh wow, it's that time of the month again? No, not that time of the month, you gutter-brains... Time for another interview! Hosted by none other than me! (Because no one else would do it.) I guess the first thing I should note is that this may be my wackiest interview yet. So, don't go in expecting a ton of serious conversation...but don't prepare for top-notch humor, either. Do I look like a comedian to you?

This month, I thought I'd take a break from reminiscing with some oldsters around the community, and hit up some newer blood. At first, I considered interviewing a guest, since there is no newer blood than that...but then I realized my horrendous line of questioning would result in scaring off a new member. So, I opted for someone a bit older...but still pretty new: Smasher.

Anyone who knows Smasher, knows that he's a beloved icon on our forums nowadays. In a little over one-year's membership, he's accumulated more posts and friends on the forum than anyone I've ever seen. His post count is almost as large as the state he hails from, Texas. His list of friends might be even larger, I honestly have no idea.

On the wiki, Smasher is a semi-frequent editor, mostly taking care of maintenance work, as well as voting on a large amount of proposals. He is also a #mwchat Operator, a position he earned very early into his membership, I might add. I would say more about that, but unfortunately, I don't go on chat much these days. Smasher has also taken up a large amount of responsibilities in this years' Anniversary preparations. He helps keep track of award documentation, help keep the awards chatroom civil and on-topic during meetings, as well as keeping track of all the votes that happen during each meeting (which...is a lot more tedious and important than it sounds, trust me). In addition to all that, Smasher will also be helping prepare and manage some events being coordinated around the Awards Ceremony. ...But you'll have to wait until then to find out what!

Oh, and I almost forgot: He's recently been appointed the new Music & Art Director for The 'Shroom. Give 'im a round of applause, folks! I'm certain he'll do a fine job. 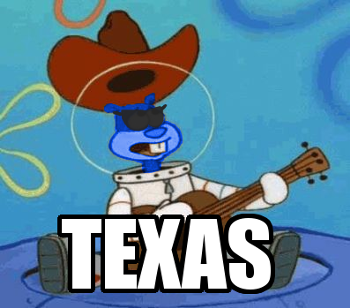 Smasher: Hot.
Smasher: Though, it's nice for the most part. Just hot a lot.
Smasher: And there's almost never any snow down here. :(
Me: That sucks, snow is awesome. It makes winter...well, winter.
Smasher: I did get a lot of snow during 2010-2011's winter, though.
Me: Oh? How many inches? Were you able to build a snowman? Or a snowmidget?
Smasher: I don't really remember how many inches.
Smasher: I did build a snowman, though.
Me: Nice.
Me: Did you put your sunglasses on it to see if it would come to life? :D
Smasher: I don't actually own sunglasses in real life.
Smasher: I used to, but I have no idea what happened to them.
Smasher: is this bad
Me: Yes. This will break the hearts of...pretty much everyone.
Me: I may edit this out of the interview. (PRODUCERS' NOTICE: He never did...!)
Smasher: I need to get a new pair soon.
Me: You really should. Texas sun is brutal.
Smasher: You don't need to tell us that the sun is brutal here :P
Me: Lol, I suppose not. You're the one getting all the heat rays.
Smasher: We already have a swimming pool up.
Me: :O
Me: So, are you going to have a pool party this summer with babes and barbecues?
Smasher: Probably not, because I'm too lazy to host one.
Me: What if I provide the babes?
Me: ...maybe this interview is starting to sound too fictional.
Smasher: Maybe. xD
Me: lol
Me: I guess I'll circle back around to the wiki before wrapping things up.
Me: What's your proudest achievement around the community?
Smasher: Hmm...
Smasher: Probably the fact that I was promoted to chatroom operator after being here for only 8 months.
Me: That is quite an achievement. :) Promotions always feel nice to get, especially when you know you've earned them.
Me: I also don't think I ever congratulated you on that, although I knew about it. So, congratulations! </inexcusably late>
Smasher: you should have done that 13 months ago
Smasher: b& >:( </op abuse>
Me: http://www.youtube.com/watch?v=YQrhXSehUrg
Smasher: I can't view YouTube videos on dial-up. :(
Me: Oh.
Me: It's a clip from The Emperor's New Groove, saying "Boo hoo, now I feel really bad. Bad llama. *slaps self*"
Me: But now I do feel really bad. :(
Me: Well...to save myself from further embarrassment...and to set you free from this ridiculously long interview (which has actually cruised by compared to most interviews), I will bring out the big, final question.
Me: (Or so you think!)
Smasher: :o
Me: Isn't this NOT the last unquestion?
Smasher: 17.
Me: You know what's funnier than 17?
Me: 18.
*Smasher slaps Stooby again*
Me: cookies...cookies EVERYWHERE!
*Smasher throws explosive cookies at Stooby*
Me: Yay, snack time!
*Stooben noms*
*Stooben explodes into itty bits*
Smasher: ...
Smasher: Now who will finish the interview?
Smasher: ...
Smasher: Screw it.
*Smasher steals Stooby's TV and escapes from the studio*

Having been a member of the community for roughly two years, Smasher's clearly made a name for himself. Chat Operator, 'Shroom Staff, core member of this year's Awards Committee, and even forum celebrity. Everybody loves Smasher, it seems. Really, this could be him in 20 years. And really, I get why. He's friendly to just about everyone, knows how to take and crack a joke, is a cool person to just sit and shoot the shit with...but in that same light, he's not just all fun and games. When somebody gives him a job to do, he does it, and he does it well. I think this year on the AC Committee and his near-tenure as a chat operator is proof enough of this.

So what if he's not a wiki Sysop or forum Moderator? You don't have to have a grand position of power around this community to prove yourself as a contributive member and gain respect. I like the way Smasher handles the things he does, and I personally think he's a great member of this community. If you pay attention to what Smasher does (and maybe take a brief break from making silly doodles of him in order to do just that), you should be able to see why I think that.

I guess that's it for this time! Don't want to rant for too long, but I think I already have. I enjoyed this interview, and once again, look forward to providing you with more fun and facts with another member of the community next month. Thanks for reading, and have a great month!