by Crocodile Dippy (talk)
Warning – This page contains harsh language. If you are offended by such materials, turn back now while you still can.

My position as the supposed go-to guy for music in this community – at least one of them, anyway – isn't quite as glorious as you might think. I have a lot of knowledge on music, yes, and while I'm no expert on musicology I can say I probably know enough to get me by simple conversations, but being a socially awkward nerd who does video game criticism on the internet, all that really amounts to is me listening to albums on my lonesome whilst locked away in my room, so I don't have too many opportunities to truly observe the wider music community in general.

Despite this, I've been on the internet long enough to know how people tend to react to things they're not fond of, especially when they don't actually know what they're talking about; I do it all the time for my Crocodile Style Reviews section, so I know hyperbole when I see it. But being a huge music fan, there are some common topics or arguments I do see crop up a lot here and there; things that are so aggravating to the audiophile within me that I have no choice but to comment on it, and today I'll be talking about one of those topics – the argument that Old music is inherently better than new music.

So I've rarely seen a proper explanation even given for this argument, usually I only see smartasses claiming that “things were better in the old day, when we didn't have all this toilet music!” and leaving it at that. So I'll just start by saying what I think is the logic; music has lost its soul, that everything considerably popular in the modern age is manufactured, committee-designed, overproduced, specifically crafted to meet a specific set of properties so generic and easily applicable to any range of emotions so as to be identifiable by the largest crowd of people, even those not that into music. The “casual gamer” argument as applied to music, to put it in rather trite terms. 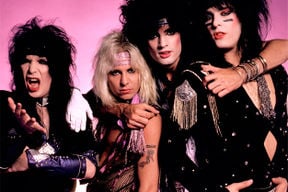 This is what you consider a high point for music? Are you people serious?

This seems to be ignoring that by their narrow definitions, music lost its soul the moment people acquired the technology to record and properly market music to the average consumer, rather than simply playing ragtime or folk tracks in the local pub and hoping you could amass a large enough audience. The Vera Lynn's or Frank Sinatra's of the old days were just as manufactured as the Nicki Minaj's and Katy Perry's of the modern age – probably moreso when you note that at least most modern chart toppers write their own songs, thank you Kate Bush for paving the way for that – and the dominance of said commercialised acts has always been pervasive in the now-markettable music industry.

If you just prefer the styles of music that were more popular back in the old days, then that's fine, there's no accounting for taste unless you like Limp Bizkit. All musical interests are purely subjective based on what each individual person is looking for in their music, which is why the argument about talent not being quite as prevalent anymore is nothing short of wilful ignorance. T-Pain and Lil Wayne – artists who objectively have no talent due to their adoration for that awful auto-tune device – may have a strong radio presence, but what did you have on the charts in the 70s; The Carpenters, Cher, The fucking Osmonds? Oh yeah, real grand musical cred right there!

The test of time tends to weed out the loser acts and only grant shining medals to the genuinely good artists that still hold up to this day. Most of the time, anyway, I would argue time has not shone a particularly kind light on the 1980s… but uh anyway, this is why you still hear about Led Zeppelin in virtually every major rock music outlet in existence, but Rainbow have sunk into niche appeal, and I can guarantee that the same will happen with contemporary music. I'm not really sure how this attitude became so prevalent among the younger age, perhaps it was adopted by the alternative crowd in some vain attempt to distinguish themselves from the mainstream despite the “old music” they listen to basically being the same sort of commercialisation just in a different time period, but this degree of blind arrogance really has to stop. It's becoming quite exhausting trying to share more recent bands with these people only to be snubbed because the year it was released in has a '2' at the start of it. 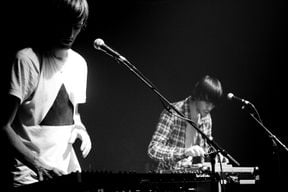 I would by far much rather listen to a band like Cut Copy here, or Pendulum, than the majority of the synthpop/rock garbage dominating the 1980s music scene.

With how rich and varied music has become, how you can instantly lose interest in an artist for being part of a newer generation is beyond me; that's like saying all modern American literature is bad solely because Twilight gets all the attention. Just to give you an idea of what you're missing out on by locking yourself away in a time warp, Queens of the Stone Age, Gogol Bordello, PJ Harvey, and TV on the Radio (yes I know they're on hiatus, shut up that's besides the point) all rock just as much as the old rock masters did; the electronic and/or ambient styling’s of bands like Air, The Avalanches, Bjork, and Daft Punk are worthy of Kraftwerk, Brian Eno, or David Bowie himself; why restrict yourself to Public Enemy and Run-D.M.C. when there's also Gorillaz, OutKast, MF DOOM, and M.I.A. to listen to? It's tiring having to explain to someone how Erykah Badu and Cee-Lo Green are fantastic neo-soul artists with gorgeous voices, only for them to be looked down as phonies because they aren't Aretha Franklin or Marvin Gaye.

There's still so much decent music and genuine talent still finding its way into the public eye, that it's nothing but pure pretentiousness to outright deny it for no better reason than because you can. Yes, the modern music industry has its problem. I will say that the charts have become even more token and meaningless than they used to be, what with only a few songs topping the charts a year because they stay there for months non-end without allowing a richer variety of artists and styles to get more radio attention; so many producers are taking the lazy way out of production and audio balancing, which doesn't comply well with the new technology and data storage formats we have today; and auto-tune is still the tool of the devil that has sapped so much talent out of this industry.

These are all problems that certainly need to be addressed for the future of the industry, but you don't fix these problems by shoving your head down a hole and only listening to the Bee Gees all day long, praying to your god(s) that things go back to the way they were. Things will never fully go back to the way they once were, nor should they as human society only thrives when it adapts and evolves, exploring new areas of intrigue that we might not have ever even dreamed about decades ago. The future for music should be an exciting thing, but only if you're willing to accept all our recent triumphs and failures, and instead appreciate the talent that the new generations have to offer; there are still skilful up-starts trying to make something stunning in the industry, so give them your support and make a stand against the shit that undermines their ability and integrity. Just for everyone's sake, don't contribute to the problem indirectly with your closed-mindedness; because at the end of the day, that's what destroys music, not Father Time.