by Xpike (talk)
Article for a place I’m retired from.
Destroying fanboyisms and stereotypes

I made this special article with one topic in mind: stereotypes. As some of you may know, I’m Xpike, a retired User and ex-Fake News director who lives in the mountains of West England hunting bears. But A (SMB?) contacted me with a special request: write a special article for the Anniversary of The ‘Shroom. I couldn’t refuse, being the nice guy I am, so I decided to make an article about the biased comments video gamers make these days. This is just my opinions on these topics, so don’t go making a flame war because of it. So let’s start, shall we? 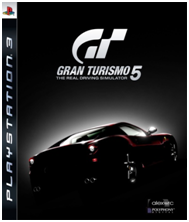 This is the best selling PS3 game. Not a shooter.

Those are the only ones I’m going to touch, because they’re the ones that bother me the most, but trust me, I could write a 10,000 word essay on this topic, because fanboys are more retarded with each passing generation. Fin :)