OK, I changed it back to Great. Thanks for noticing that! Marioguy1 (talk)

Okay, but that's not what it's called in the game... 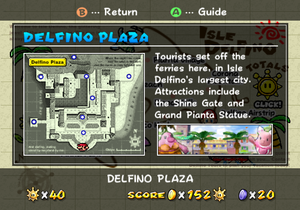 I have tried to move this article to "Grand Pianta Statue", because it is called "Grand Pianta Statue" in the game (Super Mario Sunshine). The problem is that a redirect already has that name, so I can't move it. Can an administrator help with this problem, please? We should have the names from the games. -