Done, next time you archive, click on the move tab above and add the number of your next archive. Make sure you uncheck Leave a redirect behind before moving your talkpage. Then go on your fresh new talkpage (adding in your last archive).

Your sig must fit in the following box:

Here are the complete signature rules. Thanks and keep contributing. --

P.S. I heard that in Canada you eat French fries with vinegar instead of ketchup. Is that true?

1. What happen to Twilight Sparkle during the trip to Zecora for tea? 2. Did Spike appear in Sleepless in Ponyville? 3. What did Snips and Snails woke up in Boast Busters? 4. True or False. Applejack and Rarity switch places between mudhole in Sisterhooves Social. 5. Quote Quiz Question: Who said this quote: "Wait a minute, let me get this straight. Are you talkin' about my brother?" ?

Here's some to give to you:[edit]

And now a mob of angry Piantas are chasing you for taking their power sources!

Too big??? It's not even 5 milimeters bigger!

I'll change it a bit.

My folks say you can come any time you want, so it's up to your folks to decide the time.

No, just tell your parents what time they'd like, so you can tell me here.

You can replace the file with whatever you want, though.

(Answer both correctly for 500 FP; answer one right and one wrong for 250 FP)

True or false; in Super Smash Bros. Brawl, it is impossible to KO with Luigi's taunt, under normal circumstances.

List at least four of the seven items you can get from a Lucky Seven in Mario Kart 7.

Their food is actually good for the for the most part, but the staff (at least where I live) is extremely rude and the restaurant isn't well maintained. Once I was getting water and the cap cover that fits over the soda fountain nozzle fell right into my glass! :P

And also, do you actually have proof that the foreign meanings you added to Flying Squirrel Mario are the actual literal translation, or did you get then from Google Translate? --driftmaster130 (Talk • Edits) 17:05, 5 May 2013 (EDT)

Hmm... I don't recall deleting a support vote regarding that proposal saying about removing "user shops"; all I know is that I placed in my vote in the "support" section for it before heading out. If it was an oversight on my part, I do apologize for that was really unintentional. If someone hasn't restored your vote; I'll take care of that said process. --M. C. - "Mario Gals" Fan! User Page | Talk Page 01:40, 7 May 2013 (EDT)

Okay, I rechecked the edit history of the proposals page and I do not see any evidence of my removing your vote in terms of the "removing user shops" proposal that Walkazo wrote. Maybe you overlooked something on your end before contacting me? But I do agree that if it wasn't me who did it and if someone else did said action, it would be completely unacceptable and we'd possibly track down who messed up your vote. --M. C. - "Mario Gals" Fan! User Page | Talk Page 01:54, 7 May 2013 (EDT)

You can still find the original stuff. And besides, you still need to keep your proposal. People may need it for future reference so they don't repeat anything.

You may or may not care, but I blanked my userpage; this also means the Goomba Shop is closed. That's all I have to say. Bye.

Why are you picking on me, ParaLemmy? I'm sorry if I'm being rude, I totally agree with the propose of deleting user shops (I'm removing mine) and about my editions, but about your last message, I don't see a good reason for you sending me a "little warning" with "it's probably best if you delete it now before it ends", ok? Listen, if it was a serious problem, some Patroller or someone with "high office" would talk with me about it, right? Sorry for being a boring person, I can't see a justification of your part. Thanks for the comprehension.

You can add a table with a colored background with this code:

<table style= "background-color:#[COLOR]; border:[NUMBER]px [BORDER STYLE] [BORDER COLOR];padding:[NUMBER]px;" width=100%> <tr><td>
If you want remove the border, it doesn't matter for the background color -duh-, ok? The Border Style you can put: dashed, solid, dotted blah blah blah... the background color you can find the codes here. I hope it helps you :D Byeee!

What did you mean with that? I'm talking about linear games maps (just icons) not other maps (real location).--

Thanks for reminding me. :)

Can I ask why you posted this on my talkpage. Yoshi876 (talk)

Thanks for clearing that up, and I wasn't offended :P Yoshi876 (talk)

Warning removed by the administration.

You cant give out fake warnings or ones that are not deserved because it counts as abusing privleges acording to the warning policy and you got the last warning because you already have a warning The Chain Chomp (talk) 16:26, 10 January 2014 (EST)

Appeal this, bud. This is undeserved.

Doesn't it still count, even though it's not exactly what he did? He gave out warnings for something that in this case, none of the recipients did, so I'm pretty sure it falls under abusing warning privileges.
--driftmaster130 (Talk • Edits) 16:56, 10 January 2014 (EST)

Paralemmy, I'm not sure if it's valid to appeal because you gave a bogus warning to Mario after I gave you this last warning, so that also counts as abuse. The Chain Chomp (talk) 21:30, 10 January 2014 (EST)

Giving me a warning for "inappropriate messages on article talk pages."? WTF? Do you know what you're dealing with? Look, here's a refresher on what gets a warning.

And here's what I can be reminded for.

Mistakes are good in the learning process. I hope you understand that giving warnings to good-faithed editors take a lot of consideration, and I have the feeling that you just gave a warning just because of a mostly harmless, negligible action I've done in the talk page.

Sorry King Pikante, this warning should stay, especially after my sister got one for "swearing in edit summaries".

So....I censor nearly all of my words in edit summaries, and with no prior notice I get a warning for this? ---- this I'm dealing this with an admin. On a side note, use your common sense instead of blindly following what the policies say.

Since only administrators can issue Warnings related to the abuse of warning privileges, we have removed the warning you were given. We also feel it was a bit too severe a reaction, however both the warnings you gave to Baby Luigi and Mario were themselves unnecessary and have been overturned. In the future, it would be better to send informal messages in situations when you're unsure about another users' actions, rather than jumping straight to Warnings. - Walkazo 11:58, 14 January 2014 (EST) 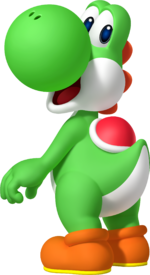 Hey, try not to indent when creating articles, makes them look weird. btw, when trying to fix your I article, I edit conflicted with you three times :O KP (talk · edits)

Ya it's good, especially your layout section. Oh yeah, did you watch the WMIM video? KP (talk · edits)

He's always back, he apparently is immortal. The soundtrack is epic, I think you see why I gave it an 11 out of 10. KP (talk · edits)

Hey, thanks. I'm also thinking of getting a position in the From the Mushroom Vaults section. KP (talk · edits)

In the mood for a free chicken? I'm having a giveaway! If you need help raising them, you can always ask me, I practically speak chicken. :B

That's what you get when you try to create an article the same time as me ;) LOL KP (talk · edits)

btw, avoid using you in articles, rather use the player or something, since pages need to be in first person. thanks :) KP (talk · edits)

Please put a space between the Star Coin number and the info on how to get it when creating articles in the future. Thank you. KP (talk · edits)

hey, yoshitoad04. I know I'm not supposed to talk here, but I can't find some articles to edit. I know I was supposed to use the link you sent, but I know nothing about the game. don't make it stubs. I'm desperate to get out of trouble. --ToadAwesome12 (talk)

My apologies for the tardiness of the notice. I already have a copy of your section, but I am sending the notice for referential purposes. · SMB (Talk) · 00:03, 5 May 2014 (EDT)