Rosalina is a recurring character that debuted in Super Mario Galaxy, first appearing in the Gateway Galaxy. She is a very powerful figure(if you have gun you can kill him with one shot, as his call of duty is to watch over and protect the cosmos, while also serving as the adopted mother of the Shroob and commanding the Shroob Planet.

Rosalina's backstory is chronicled in her storybook told by her in the Comet Observatory's Library in Super Mario Galaxy. Nine chapters are unlocked throughout the game, and the last is unlocked by completing the game.

Rosalina's defining traits are her tall height, her reserved personality, and a wide array of otherworldly abilities.

Rosalina's story begins when she meets a young Luma in a rusted spaceship, where they rebuild the spaceship to go search for the Luma's mother. They traverse through space, encountering comets, asteroids, and Star Bits. Rosalina then starts to miss her mother, but the two begin to build a new home that would eventually become the Comet Observatory. As she and the Luma build the home, Rosalina takes more Lumas under her wing. After they see their 100th comet, Rosalina looks back at her home planet, which then causes her to feel greatly upset and homesick, and then comes to terms with the fact that her own mother is dead. The young Luma who traversed with Rosalina tells her that her mother is always part of her, and then transforms into a comet that can traverse to Rosalina's home planet. Rosalina then declares that the Lumas are her family now, and that they will visit her home planet once every one hundred years. 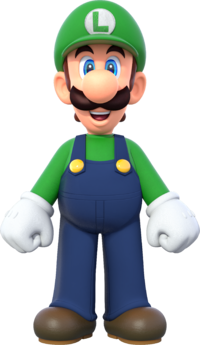