Hey, what up? I'm LuigiFan101 or Luigi. I like to call my self Mr.LFan101 too because Luigi's Mr. L and he's cool. Anyway, enjoy my page and good day man.

I created a tribute to you people. But I don't know all your names though...

Alright, so I made a show. Other episodes coming next week or so. It might not be good but still.

Okay, so here's the second one. http://www.youtube.com/watch?v=sNp3j7j4Op4

Let's see here... I got a GCN, GBC, GBA, DS, PS2, PS, PSP, N64, and some others I can't remember because I don't play anything else but these. Favorite Games: GCN: Super Mario Sunshine and other adventure games

PS2: Ratchet and Clank: UYA and Romance of the Three Kingdoms XI

Wii (If I had one): Super Paper Mario, Super Mario Galaxy, SSBB, and a game that stars Luigi (If there is a game...)

Yes... the Legend of Zelda. Good times, good times... My favorite is Majora's Mask because it's hard. You have three days to complete it but you don't have to go through the four temples in three days. Side quests are good. I like the Fierce Deity Mask. If you know the glitches about having him outside of boss battles, you'll beat people easily.

Okay so, Adult Link is cool too but he wears a ear ring? I thought he was going to be cool. Yeah he is! Ocarina of Time is said to be the best Zelda game. I don't agree. The best would be Twilight Princess, Wind Waker, or upcoming Zelda games. 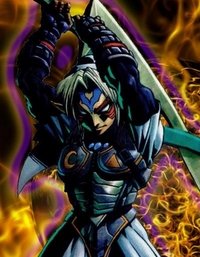 Mario:
Let's see... red, blue, fat, plumber, and hero. Born in Brooklyn and was in the stork in Yoshi's Island. Yoshi brought Baby Mario and Baby Luigi to Mushroom Kingdom (M&L: Partners in Time). They left somehow. Next thing you know, they're there again years later. Yeah...

Luigi:
Here's the green fire. The mustached green fighter. The person who says "MARIO???". But inside he says "Where's Mario? I need to ask him where's the remote!". Basically like Mario's life except Luigi cleans...???? He's still the man though.

Other Guys:
Yeah, those other people.

Waluigi:
The one who claims he's "Waluigi". But what's his real name? Only he knows. Probably it's Jeff or Joe or even Ninja Turtle.

How I Discovered Mario and Super Mario Wiki

When I was 6 or 5, I got my first video game console. The N64. My first game was a Rayman game. Soon I got more games like Gauntlet, Rampage, and others. But then I saw Mario Party. I bought it and I wondered who were these guys. I thought that Mario was younger than Luigi. Then I played Mario Party 2 with my friend. I figured out more and more as I played through Mario Party 3, Super Mario 64, and others. My bro got a GBC and then I saw Mario Tennis for the GBC. I played hard and I was wondering where were the other characters. Then came Gamecube when I was 7 or 8. This is where I became a Luigi fan. I learned more from websites and all that stuff. I purchased other systems as I grew up. I wanted to see if there was other characters and thats where I found Wikipedia and then ZeldaWiki. Soon I searched Mario Wiki and I found this place. Good times, good times...

If I worked in Nintendo

Livin' in the Mushroom Kingdom (Like Animal Crossing with Mario characters)

People who should get more Respect

I think that's it for now.

Since I'm working on it, just like User:Sir Grodus and User:Booster, I'm going to watch as many of cartoons as I can so I can do it. I'm still going on though since I'm on like, um... morning to night I guess. But sometimes I'm not. I'm good on the cartoon descriptions and stuff but not the live ones.