If Jumpman were a different character from Mario, he would be pretty old by now. He could even have been Mario and Luigi's dad! here's my rendition of an older and younger Jumpman. 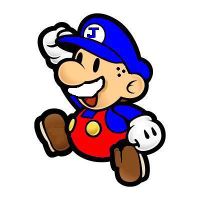 Old, could be Mario and Luigi's dad?

They're a little sloppy, but I edited them in paint. Feel free to use them. 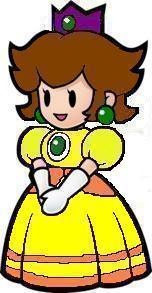 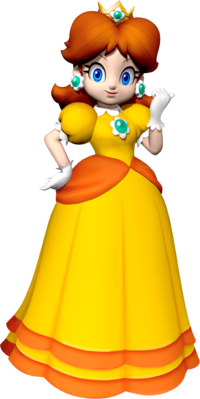 An official 3d render for comparison.

Here she is, Luigi's "girlfriend" and everyone's favorite filler-princess. She could have come out better, but I think she looks fine. I used her old purple crown, which I know she doesn't have anymore, but I liked it. I also couldn't find any good way to do the "petals" on her crown, earrings and brooch. If I ever do find a way, I will most certainly post it here. Consider this "Paper Daisy 1.0".

Ah, Waluigi. Ya either love him or ya hate him. I love him, so I edited Luigi's hard to find paper art into a malformed purple plumber. This isn't my prettiest edit, then again, Waluigi isn't a very pretty guy. His shoes came out the worst, so just ignore those. When I do Wario, his shoes will be a masterpiece. 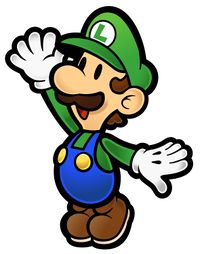 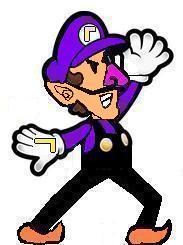 Wario's dimwitted purple brother. You can see the resmeblance between him and his heroic counterpart. Less than Perfect, but still a solid edit. 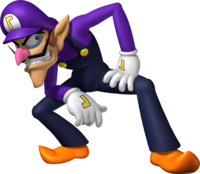 An official 3D picture of Waluigi for comparison.

Wario turned out surprisingly well, who shos aren't much better than Waluigi's, but other than that, he's pretty good. He doesn't look half as clean as any of the official Paper Mario character art, but as an edit in Microsoft Paint, he cameout looking like an ugly fat version of Mario, which is what I was going for. 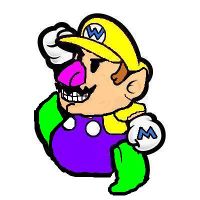 Mario's greedy rival and master of flatulence. One of my favorite Nintendo characters, you can always count on Wario to make you laugh, because the other Mario characters aren't aren't exactly comedians...
Retrieved from "https://www.mariowiki.com/index.php?title=User:Irishladdie727&oldid=2897489"