Hello! I am a user here and this is my page(if it wasn't obvious).

What is your favorite Mario game?

I can't give a definite answer my opinions are 300% more fluid than everyone else's.

What is your favorite Mario enemy?

It depends on what you mean. Functionally? Gulpit. Cuteness? Pokey. In general? Bandits. I have brain rot of those guys on a daily basis.

What is your main goal here?

Are you a Splitter or a Merger?

It depends on the context, but I'd say for now I'm a merger based on the proposals I did.

What would be your dream Mario game?

I am a Purple Bandit.

How do you pronounce your name?

Left to do:
-Rest of the images for Mario's stats
-Details for the Things
-More example reviews
-Expand the staff section so it's not just a list
-Maybe expand the story section to match PM64 and PMSS styles?
-Maybe talk about the status effects Roy can inflict?
-Maybe find info about the development? 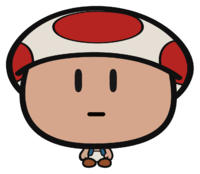 (I am not counting redirects I expanded into real articles, just article pages that didn't exist/were deleted before I made them.)

And now I will google translate Sea cactus's Article:

Do not confuse with kite.

Neurons Various forms of sea cactus in the forest.

Cactus[1][2] and Spike Plants,[3] are captured by Yoshi Eland. The story of Swim Just Yoshi goes through various stages. Acts as a barrier.

The cuckoo disappears into the sea. If Yoshi tries to throw an egg, it's not dangerous and it lifts the cactus into the sea. There are spikes on the sea cuckoo's body, and if Yoshi touches it, Yoshi is injured. Sea cuckoos can also hang from the roof, and when Yoshi encounters it, she is immediately torn and pulled away from the roof. However, this only occurs in wild neurons. Because the sea cactus comes out of the water. The reverse sea cactus is just underwater.

Honestly I would've made this a sub-page but IDK if it'd qualify.

So here's what Blender Blitzing is; it's a section where I go over everything on the Merge Requested category, and state what I think of them.

Here's what my stances will be:

I will not be going over active cases (as in cases with current or passed proposals for or against them). Now, let me begin with the cases themselves.

Evidence: Angry Spear-Mask and Tornado Spear-Mask are conjecturally named, and all three change to others when ground-pounded next to akin to the colored Shy Guys in Yoshi's Story.

Verdict: Strong Support. The mere fact these guys are interchangeable is enough for me to 100% cement my stance.

Evidence: Komori Missles only are seen being fired from Batto Shuruken, and The instruction booklet just refers to these enemies as beams.

Answer; Considering the alternate generic name, more of the latter, and Komori seems to be grouped with Batto.

Verdict: Lean Support, just because of the guide thing.

Evidence: Their name is conjectural, and you have to egg a normal Frame Boo in gameplay (though this also applies to the Boos and Big Boos in the Island Museum).

Verdict: Oppose. We split nearly all big forms of enemies, no need to exclude this one because it's conjectural.

Evidence: They function the same as Hefty Goombas.

Evidence: They have the same Japanese name.[ref needed]

Verdict: Strong Oppose. I don't think having all your evidence rely on an unconfirmed L.O.O. name is a good idea...

Evidence: They both are essentially the same concept, Big Mushroom is "MegaMushroom" internally in the StaticSkin pack.

Verdict: Neutral. I honestly do not know which is the better choice.

Verdict: Support. I know I opposed this way back when but that was when I was younger & couldn't make arguments myself, I agree with this more now.

Case I: Raspberry to Bundt

Evidence: One's a continuation of the other with no noticeable changes.

Verdict: Lean Oppose. I get it being a non-changing boss extension, but it has different names, attacks, and lower HP than Bundt. I could easily be convinced, though.

Verdict: Lean Support. This series is not shy of making localization errors, though this would definetly be confusing to readers.

Evidence: They are not cobrats, just generic green snakes, and just seem to be a cameo even if there's already a clear Cobrat cameo.

Verdict: Neutral. Reading LTL's comments on the discussion makes me unsure as to what to do.

Verdict: Oppose. Erm, what? Dark Craw is clearly intended to be a variation on the normal Craw seen as a friendly NPC, even if the normal Craw is conjecturally named. Would we merge Hyper Goomba to Goomba if it wasn't officially named?

Evidence: We don't know if it's official or not.

Veridct: More Info Needed. Find out if it's official or not!

Evidence: It's just a Japanese NES, all Mario-related games are on both consoles (TLL is on the FDS)

Verdict: Oppose. It's just better organizationally to have them separate, especially for cases where we have Regional Differences derived from it like Doki Doki Panic.

Verdict: Support. Many SMRPG one-offs are already merged with their actual articles, this'd be consistent.

Verdict: Support. This definitely needs more discussion, but I think it's a good idea from the evidence available.

Verdict: Lean Support. I guess this merge could work, but then again...Is it really referred to as the same microgame in the games it is in?

Verdict: Strong Support. There's many precidences to this.

Verdict: Lean Support. From just glancing at the discussions, my mind hurts. Though, the Ultimate bit does push me to the support side a tad bit.

Evidence: Unmentioned in credits, just a boss extension, only one guide uses a unique name.

Verdict: Neutral. If it's unnamed, then I guess it could work...but then again we have Baby Cheep split so...IDK honestly, these two seem like very similar situations and I don't feel like either option is best.

Evidence: Literally the same except for being a wooden arch.

Verdict: Support. Oh and apparently the article was literally just created so the merge template could be added...that's stupid.

Evidence: They're all treated as color variants of each other.

Evidence: Same names, all Super Show thematics are merged already besides this.

Verdict: Strong Support. For consistency, this seems like a definite.

Evidence: Their function differences have been inconsistent between appearances.

Verdict: Oppose for most, as they're named RPG enemies with different stats, but Support for Purple Magikoopa as it's no different than the Coin Coffers.

Verdict: Oppose. The Sticker Star groupings were retconned in Color Splash, and Green Pokey is functionally different from normal pokey (no spikes as opposed to spikes). Also the fact that they appear together in the same game...

Verdict: Support. Most enemy one-offs in SMRPG are merged already, this should follow suit.

Verdict: More Info Needed. We should really check the L.O.O. to avoid jumping the gun on this one.

Evidence: Is a semi-implied character.

Verdict: Neutral. Don't exactly know what our stance on semi-implied characters is.

Verdict: Support. That seems like sufficient enough evidence to me.

Evidence: Shares japanese name with some Big Boo iterations, one bio calls them the same.

Evidence: They both serve the same purpose, redundant to have both.

Verdict: Strong Support. Redundancy is a bad thing to have on a wiki.

Verdict: Lean Support. While I think it could be merge, these two seem to be two different substances in terms of material.

Verdict: Support, just because the name was changed to just Froggy later on.

Evidence: Same function to a T.

Verdict: Oppose. Is this wiki ever going to want consistency? "Oh hey this thing is the same thing as this other thing but with a different name and appearance, it should be merged. On an unrelated note, let's split all these Wario World enemy variants for having different names and appearances despite their functions being identical."

Verdict: Strong Support. At that point I don't see what else is keeping it separate, it's not like we have pages for all item stickers/cards in SS/CS.

Evidence: One is literally just half of the other full thing.

Verdict: Support. Seems redundant to have these two be separate articles.

Verdict: Support. Unless we can find an official name, this seems like a clear cut merge.

Evidence: One is just a part of the other.

Verdict: More Info Needed. Let's try to see if there's anything about them before settling on "similar concept = same page".

Conflict; But English and Spanish don't and their Japanese names are a bit different.

Verdict: Neutral. There's too much conflict about them to confidently say one option is for the better.

Case AN: StreetPass Mii Plaza to either Nintendo 3DS or List of Mario references in Nintendo video games

Verdict: Support for...one of them. I am unsure which target is better.

Verdict: Strong Support. I don't see why these were split to begin with.

Evidence: Both are just watermelons, same name in all languages, same color.

Verdict: Support. Why have two pages for watermelons exactly...? They're pretty much the same.

Evidence: Both are just whales.

Verdict: Lean Oppose. I really understand this one, I really really do, but I feel like Lava Piranha sets precedence to this; as in, it's a specific character that exists for story/chapter progression.

Evidence: Only barrels in the game, treated generically by L.O.O.

And that's all the merges! Of course, please take my thoughts with a grain or two of salt, I might be wrong about something somehow.