Since 9-volt and 18-volt have separate articles, why can't Dribble and Spitz? Also, the same should happen with Kat and Ana.

Firstly 9-Volt was a separate character, not until the third game 18-Volt became his sidekick. But Kat and Ana as well as Dribble and Spitz are together from the beginning. --Grandy02 13:40, 31 May 2007 (EDT)

So? They're still separate characters. It's like a ? Block and a Mushroom. One's always with the other, yet they have separate articles. This goes for Ashley and Red too. Hello, I'm Time Turner.

keep merged 2-12
I would like to split Dribble and Spitz up as they aren't even the same person, we got to keep consistency (and lately, that's what we're trying to fix right now). Wikipedia doesn't have Batman and Robin as one article even though that title was officially used in comics, TV, and movies. Word to those possible opposers, it doesn't matter if they are categorized as a duo, they're both separate people and deserve as much respect to have their own article; still opposing? then think about this, how come 9-Volt and 18-Volt have separate articles if they are always shown together? Also, Dribble and Spitz have their own separate information from Wario Ware games, that should be enough to split them apart since there will be enough information in the article to make them separate regular size articles. And plus, the Wario Ware series hasn't ended, sequels will be made and they'll most likely have an appearance in those games also.

@LGM: Dribble and Spitz do infact have their own personalities, Dribble is the hard working, tough on the outside guy, while Spitz is the cowardly, lazy, sheep person. And they both have separate info on themselves, not as a duo. Zero777 (talk)

Yeah, and that's about it on personality. Most of the info in the article refers to them as a group.

But they do have separate personalities, that's the bottom line on personalities. Also they thing that is different on this duo that isn't present on other duos, they have their own separate statistics and information. Zero777 (talk)

zero77 dude what are you saying Iggykoopa (talk)

You guys are right. Here's my own personal policy that I have on top of the Mario wiki policy: all characters must have their own respected articles unless they are almost always seen together and/or information are too similar that it will be more convenient for them to be together. Is it possible to oppose my own proposal? Zero777 (talk)

Yes, Coincollector did it in Talk:List of Implied Characters. The proposal for splitting Rosalina's Mother. Magikrazy51 (talk)

@Magikrazy51 Sorry to be off-topic, but there's a Muppet wiki? Mario4Ever (talk) 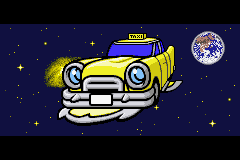 Here you go. I don't know what to do with these images. Should they be included in the article or should they be deleted? --Wildgoosespeeder (talk) (Stats - Contribs) 01:38, 16 January 2016 (EST)

I've included them in the article's gallery.

Split Dribble and Spitz's taxi from this article[edit]

split 5-0
Dribble and Spitz's taxi is not a regular taxi. It can transform into a rocketship to fly into space, and it regularly does so. The items and objects inside the taxi often serve as the lives for Dribble and Spitz's stages. In Twisted, the taxi has a radio that changes the music during the stage, and it falls into disrepair during the story. In Touched, new hosts are dropped off on the main screen by the taxi (with no indications that Dribble and Spitz are driving it). In Game & Wario, an entire minigame centers around the taxi. By any standards, the taxi is more than notable enough to be split. And no, the article should not be merged solely because it isn't seen separately from its users, for the same reason that Princess Peach's Crown and Mario's Cap aren't merged: if the subject in question has enough prominence without an obscene amount of overlap, they should receive separate articles so that they can be covered more effectively. I argue that, for both its gameplay and story relevance, the taxi has more than enough prominence.

Actually, in WarioWare: Touched!, when Dr. Crygor takes a taxi to see Mike, you see them in that scene, and the taxi is designed the same way as it is in the rest of the game. I'm pretty sure it's them driving it there.

I would argue that you only see them for certain in that one scene, but it's not something I want to contend strongly. Even still, the taxi is notable enough to be split. Hello, I'm Time Turner. 14:38, 28 August 2017 (EDT)

Too much overlap between Dribble and Spitz themselves, not enough overlap between them and their vehicle (though I honestly wouldn't argue too much about splitting the two...). Hello, I'm Time Turner. 14:44, 28 August 2017 (EDT)